Come kick a ball with us. Please do not wait until the final Saturday space is limited. 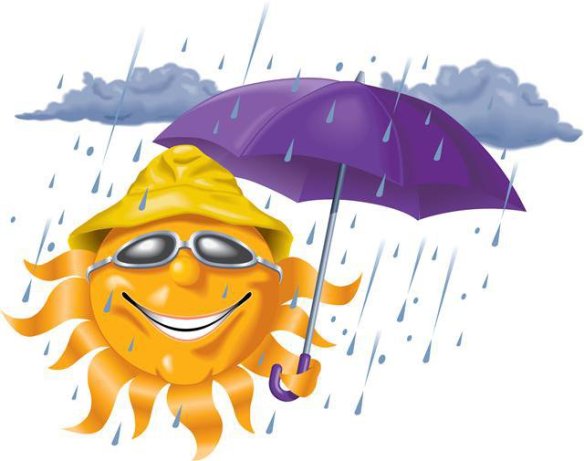 Evaluations will be from 9:00 – 12 noon  Even if it rains. Click here to register online:
 https://registration.upward.org/UPW65282/add

Hope to see you there.

They are graciously providing snacks for us.Let’s be Great Guests!

Flocks of Hawks AND Falcons are called a “Cast”. On Saturday both groups of players gave Tony worthy performances.

But it was not just skillz that merited  a standing ovation. Critics universally agreed the scripture memorization and attention shown during half time must receive 👍👍.

Seeing both teams with their heads reverently bowed Coach Perez quipped, “Falcons and Hawks, birds of “prey-Er…get it?”

The serious foot finesse and sportsmanship displayed by these winged raptors was like the preceding pun:  No laughing matter.
.
10:30am
Cougars Vs. Cheetahs
Bethany Maynard got the scoring off to a quick start with a glider that had more English than a Mumford &Sons concert…in London!

 A minute later Coach Wardell had the Cougars on the board: 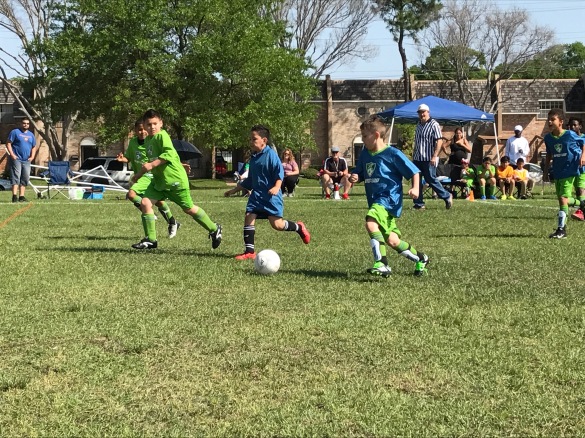  
 These cats were also cool during the devotion. Many said the memory verse and one offered to pray before restarting game.

The fields are damp but with only 10-15 percent chance of rain the field honestly looks very playable.

Without going on and on about how it is totally the sports organization that will here go unmentioned’s fault even though it really is because new unannounced policy changes and required waiting periods between orders that the person I spoke with on the phone two weeks ago said were overridden and I was good to complete the order…which I did yet the wait period had NOT been over ridden and so the order had not shipped….
I’ll do the manly thing and say, blame Butch.
Jk. Buck stops with me.
To save confusion the boxes WILL arrive tomorrow. I am coming up to our offices on my off day to sit and wait so I can receive FedEx.
I’ll post when they arrive. Depending on how long I’ll be in the office after they get here if anyone wants to swing by and get theirs they may. Otherwise coaches will distribute Saturday morning. There will be time and space allotted for players to change.
Thank you for being patient.
Anthony

For if you forgive other people when they sin against you, your heavenly Father will also forgive you. Matthew 6:14

After that it Was a day full of Blown expectations! Captain America registered this year? Who knew!

Well Not everyone wore capes Saturday but all participated like super heroes!
Starting with the coaches and players for the Hawks vs the Falcons game. Both teams passed the ball between teammates at least 1 or 2 times before kicking a combined total of 9 goals!

These teams played like they had been coached. During the game you could here the teams leaders making statements like the following:

“Birds of these feathers are really sticking together out there!” Wow….a demonstration of true teamwork,” -Cindy Perez Hawks

And with sideline shouting like the following,Coach Bobga made sure the golden rule was never substituted during a rotation.
“Come on! It’s 10 to 15! Pick it up out there !”

Astonished I  asked her, “Coach are you counting goals?”

“No! High Fives and “way to goes”…give to the other team, ” Coach Katy clarified.

Next it was time for  the land mammals to battle…let’s just say no one dared to let the dogs out. It was an all out cat-fight! (metaphorically speaking and in Christian Love)

The Cougars vs. The Cheetahs. From the opening kick to that weird but awesome  parent tunnel thing, the fans purred watching simply fantastic feline Fútbol!

Should we have expected less? Not with these Two coaches headed for History.

Wardell Wade. There is a capital letter and punctuation. Now That’s a sentence. The Tom Landry of SWBC soccer.

Jimmy May. Enough said as well. 1st year in our league and his only rookie mistake was letting some fan take my seat on the team bench and use all my sunscreen. Oh well-his future is so bright she will need to share. Rookie of the year?

We had a mid game devotion from Micah 6:8 about being fair, kind and humble in all that we do…and well…everyone was. Thank you God for a wonderful season opener.
Jerseys come in this week-uniforms not cows.

Cows are next week.
See you Thursday-Anthony

I would fire my proof reader, but that would mean I would have to proof read my own stuff.  I don’t think that would help.

Sorry about the confusion.

We look forward to seeing everyone age having a great session. 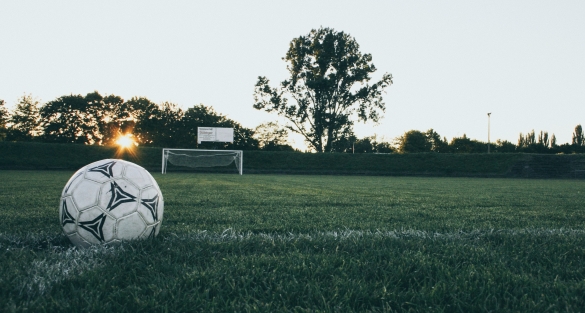 Verse of the Day

Signup for our email newsletter